If cyber networks are viewed as the nervous system of infrastructures, then electrical networks can be said as the circulatory system of infrastructures. Today, almost everything (such as home appliances, industrial machines, data centers and electrified transportation) is connected with electrical networks and draws energy from it. To date, much attention has been paid to data and information in cyber networks, but little attention has been paid to the information embedded in raw electrical waveforms and signals in electrical networks. There are much more to be explored from raw electrical waveforms and signals of electrical networks, together with the signals in cyber networks. For example, all devices in power networks must leave traces of their operation status and health (including faults or attacks) information in the raw electrical waveforms and signals: a cyber-device in fault or under attack will cause unusual energy consumption pattern in power networks; a power electronics or electric machine in fault or under attack may cause unusual harmonics or energy profile in electrical networks. Also, the weather or geomagnetic events may also leave a trace in those raw waveform data. Therefore, we can potentially use the cyber and electrical signals to (1) enable fault monitoring, diagnosis and prognosis of power electronics and electric machines; (2) enable detection, identification and defense of cyber and physical attacks in both cyber and physical world. The possibility may be well beyond what we can imagine now. It broadly applies to many cyber-physical systems and applications, such as smart grid, manufacturing systems, building systems, electrical vehicles.

Figure 1. A big picture of the general learning based IoT security system 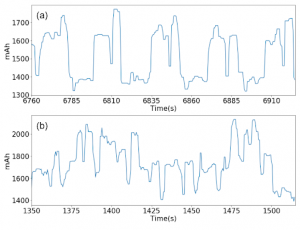 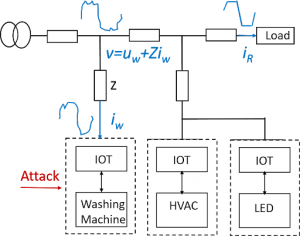 Figure 2. Left: The power meter readings from a (a) normal and (b) abnormal system; Right: Undesirable harmonics caused by attacks in the power network of IoT systems. 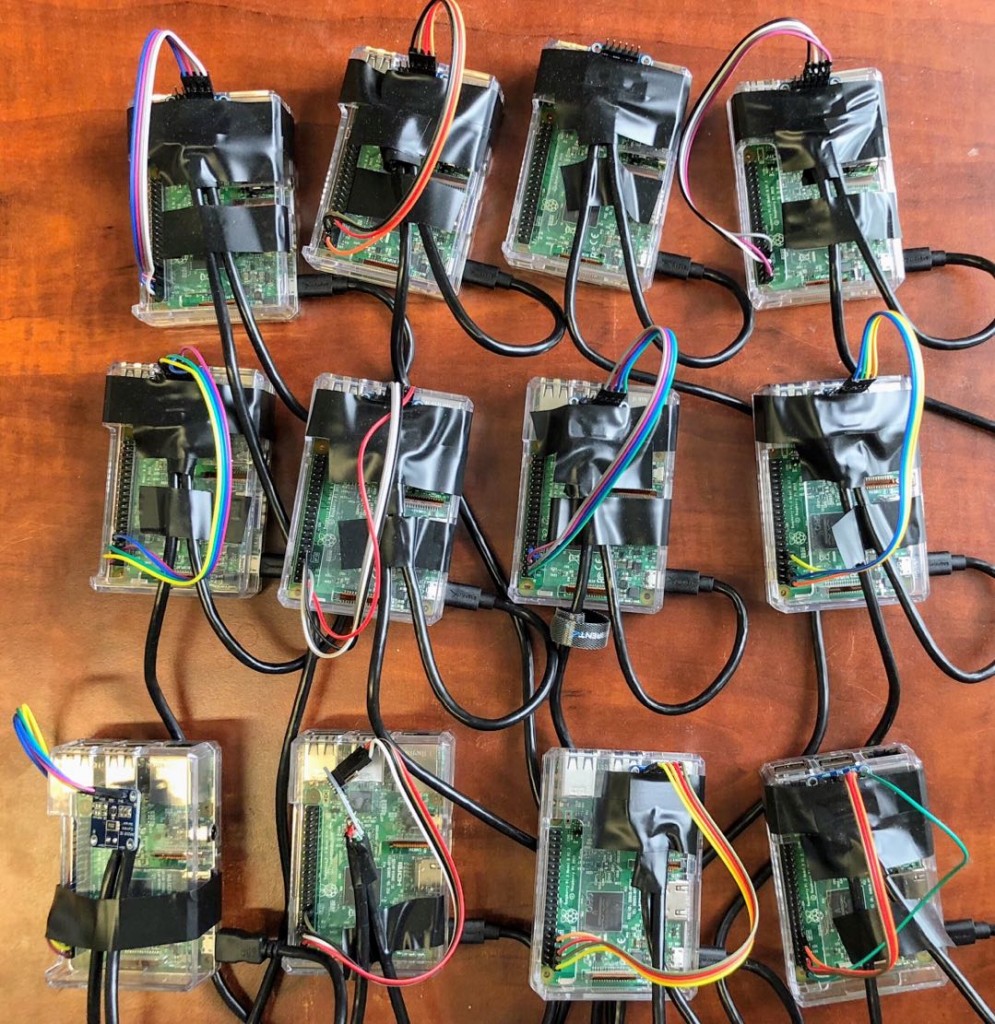 According to statistics from US Department of Energy, 80% of U.S. electricity is expected to  flow through power electronics by 2030. Due to the lack of the awareness, power electronics converters in electrical networks are vulnerable to attack once connected to internet. Once attacked, it will bring dramatic damages on many safety-critical areas including transportation, energy, and military services. Therefore, there is a national need for US to address this grand challenge.

Informatics and security in electrical networks requires an interdisciplinary collaboration and leadership of multiple engineering disciplines, as it may require transformative research on power electronics, electrical engineering, computer science and engineering (including machine learning), cyber and physical security, and statistics and big data.