With vision of integrating renewable energy sources and power grid and managing energies among local communities and in smart homes, we are building a testbed of smart grid and designing real-time distributed demand and response management mechanisms. In the test bed, smart appliance, energy management center (EMC) and intelligent switch are three main components in this grid. These components can communicate with each other with wireless radio. Energy storage(ES) and distributed energy resource(DER) are also included in this grid. A power control algorithm which runs in energy management center will control the energy consumption level of smart appliances and when to save extra energy generated by DER to ES, or to send this energy to the whole grid. 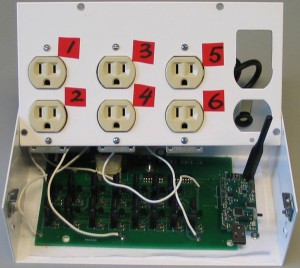 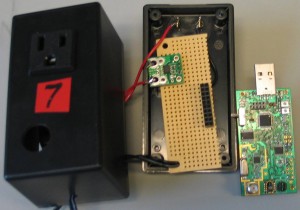 In our design, Smart Grid has two levels: (1) Community Grid: Energy meters and switches communicates with each other through a mesh network. Distributed energy demand and response mechanism will be developed to control energy switches based on real-time energy demands. (2) Home Grid: The energy demand and response information also feeds back to each home, which then manages appliances into energy saving or active mode. For instance, if there is not sufficient energy supply to a home during peak time, then it defers recharging electric cars or washing dishes.

In celebrating the beginning of the 21st century, the National Academy of Engineering set about identifying the single most important engineering achievement of the 20th century. The Academy compiled an estimable list of twenty accomplishments which have affected virtually everyone in the developed world. The internet took thirteenth place on this list, and “highways” eleventh. Sitting at the top of the list was electrification as made possible by the grid, “the most significant engineering achievement of the 20th Century.” Engineered and operated by dedicated professionals over decades, the grid remains our national engine. It continues to offer us among the highest levels of reliability in the world for electric power. Its importance to our economy, our national security, and to the lives of the hundreds of millions it serves cannot be overstated. 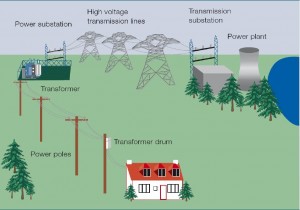 But the world has taken this marvelous machine for granted for far too long. As a result, our overburdened power grid has begun to fail us more frequently and presents us with substantial risks. We need a revolution from power grid to Smart Grid. In addition, given the significant concerns regarding climate change, the need for distributed solar and wind power is critical. Also, integrating renewable energy sources into the power grid will enable a more robust and disruption-tolerant power supply in our society. According to the European Wind Energy Association, integrating wind or solar power into the grid at scale (at levels higher than 20%) will require advanced energy management techniques and approaches at the grid operator level. The Smart Grid’s ability to dynamically manage all sources of power on the grid means that more distributed generation can be integrated within it. In terms of overall vision, according to Department of Energy and  NETL, a Smart Grid shall be: